As the Christmas season is fast approaching, and has been for the last eleven months or at least feels like it anyway, people are beginning to think about parties.  And one of the things you often find at parties is a smorgasbord of delectable goodies.  Since I can't serve you any food, I thought I'd offer up a different kind of smorgasbord, or a more literary nature.

So here's a little list of a few items for your Christmas lists you may or may not be aware of.  This list is in no way intended to be inclusive.  Some deal with fantasy and some with pulp in general.  I offer the list with brief descriptions but no detailed comments since I haven't had time to read more than one or two stories, if that, from any of these.

A few years back, like say in 2004 or so, when I preordered my set, Night Shade announced they were doing a multi-volume collection of the fantasies of Clark Ashton Smith.  This is the final volume, which was just released a few weeks ago.  The stories are in the order of their composition rather than order of publication or by theme or setting as some earlier collections have, such as those edited by Lin Carter for the Ballantine Adult Fantasy series in the 1960s and 1970s.

Strange Wonders
Fritz Leiber
Subterranean Press
280 p. $40 (trade edition)
This is the book for the Fritz Leiber fan in your life, even if that fan is you.  Especially if that fan is you.  This is a collection of drafts, early stories, and poems by one of the greatest practitioners of sword and sorcery, science fiction, and horror who ever lived.  There was a limited edition of the book, but it is out of print. 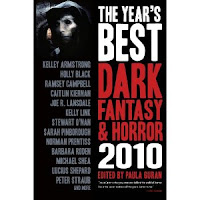 The Year's Best Dark Fantasy and Horror 2010
Paula Guran, ed.
Prime Books
575 p., $19.95
Unlike the much missed Datlow-Windling (later Datlow-Grant-Link) annual collections of fantasy and horror, this one limits itself to dark fantasy, with none of the more upbeat subgenres represented in those volumes.  I'm not familiar with Paula Guran, but having read the introduction and the afterwards to the few stories I've managed to ssteal time to read, I'm going to be watching for her name on a cover. (The books skips the traditional editor's introductions and replaces them with afterwards.) 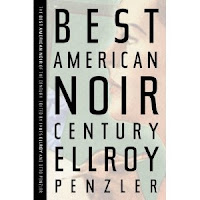 Ellroy and Penzler have killed a lot of trees to bring you this book.  Which happens to have a few killings in it.  While there isn't a story for every year of the 20th century, there's a lot to go around.  Penzler's introduction about how noir is the antithesis of the private detective story points out some differences between the two types of story. 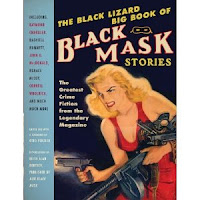 Proving he's just a good an editor at disreputable pulp as he is at respectable noir, Penzler has put together a collection of stories from the legendary pulp Black Mask.  With over a thousand pages, this is the largest collection of tales from Black Mask.  The stories are reproduced exactly as they appeared including illustrations.  Add a cover showing a moll with a grimace, a tommy gun, and a blazing roscoe, and what's not to love?
Posted by Adventuresfantastic at 11:05 PM