One Hundred Seven Years Ago Today... 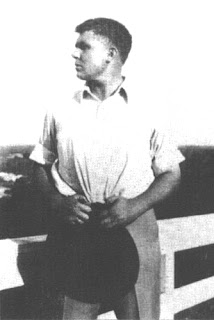 ...Robert E. Howard was born.  While his popularity has waxed and waned over the years since his premature death, his legacy has endured.  Right now, we're seeing a boom in Howard's works and in Howardian studies.  Maybe soon he'll take his proper place in the canon of great writers of the early 20th century.  We can hope.

But whether that happens in the near future, the far future, or not at all, one thing is certain.  We shall not see his like again.  While he's had many imitators over the years, none have matched the power of his writings, the lyricism of his poetry, or the (sometimes) bleakness of his world view.  He helped define a genre, something few men or women can boast.  As long as there are people who love a good adventure with depth as well as action, he will endure.

So raise a glass with me and toast the birth of Robert E. Howard.
Posted by Adventuresfantastic at 8:51 PM