A Knight in the Silk Purse 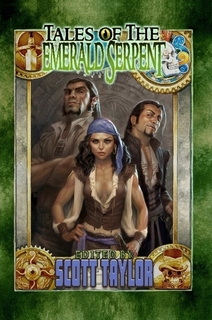 You may recall that I reviewed a shared world anthology that was crowdfunded on Kickstarter last year entitled Tales of the Emerald Serpent.  Well, now there's a sequel in preparation that's also being crowdfunded..  It's called  A Knight in the Silk Purse.  It just launched.  (It appears as though I was the first person to pledge.  How cool is that?!)  Here's the list of contributors: Lynn Flewelling, Dave Gross, Juliet McKenna, Martha Wells, Robert Mancebo, Julie Czerneda, Michael Tousignant, Elaine Cunningham, Dan Wells, Todd Lockwood, and Howard Tayler.
I found Tales of the Emerald Serpent to be a lot of fun; I'm hoping this one really takes off.  If you liked the first volume (you did read it, didn't you?), then there's more to come.  Check it out.

Posted by Adventuresfantastic at 8:43 AM