A Requiem for Ray 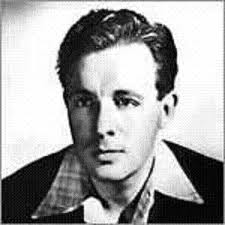 When I learned of Ray Bradbury's death this morning, a piece of my childhood died as well.  A fairly large piece, as a matter of fact, and there aren't too many pieces left.  I posted an announcement of his passing, but at the time that was all I could do, so with your indulgence, I'd like to say a few words of a more personal nature.  We're already beginning to see the deluge of tributes from those whose lives he touched, which is as it should be.  Many people more eloquent than I will be writing those, so I want to thank you for taking the time to read mine.

When I first began to make the transition to adult books, or what I probably thought of as "Grown up books" at the time, Bradbury was one of the first I read.  We were living in Wichita Falls, Texas at the time, and I would have been in about the fifth or sixth grade.  Somewhere in there; with the passing of years the chronological details have faded a bit.  I don't recall which happened first, if I discovered him on my own or if I was pushed in his direction.  One day in reading class, we had a guest come and read "The Screaming Woman" from S is for Space.  I was blown away.

Science fiction was front and center on my radar, having read comics for a few years and with Star Wars released for the first time the previous summer.  In the children's section of the main branch of the public library, down in the basement, there was a rack of paperbacks.  If you're of a certain age, you know the kind I'm talking about.  The wire spinner in so many drug stores of the time.  This one contained popular fiction that had been deemed suitable for the more advanced of us among young readers.  Planet of the Apes was on that rack, along with most of James Blish's Star Trek novelizations.  As were a number of titles by Ray Bradbury, including The Martian Chronicles, with a terrific cover showing the author's face.  Behind him, the picture of Mars you see in the accompanying illustration, with a face looking out at you.

If I hadn't been reading Bradbury before our guest came to class and read to us, I certainly was afterwards.  Over the next decade, as his work was reprinted and new works came out, I bought and read them all.  The October Country.  Something Wicked This Way Comes.  The Illustrated Man.  Long After Midnight.  A Memory of Murder.  And all the rest, first in paperback, then as I could afford them, hardcovers.  I've bought as many of the collectible editions of recent years as I could, too, such as Match to Flame, Dark Carnival, and  the complete edition of The Martian Chronicles.

I can still remember where I was when I read some of them.  Long After Midnight at my grandparents' house.  The Golden Apples of the Sun in my room after we moved to Paris, Texas.

I learned about wonder.  And fear.  And the romance of living in a boarding house.  And the Day of the Dead.  Somehow, after reflecting today on Bradbury's impact in my life, I suspect that it runs deeper than I realized.

I never met the man, although I do have his signature.  When the complete edition of The Martian Chronicles was delayed, before Subterranean Press eventually took it over and published it, those who preordered it through a different publisher received a set of three prints from the book, each set unique, signed by Bradbury and Edward Miller.  Mine is number 22 of 200.  If my house were burning, and I knew family and dogs were safely out, this is the thing I would make sure I took with me.

So in closing, I want to say "Thank you, Ray."  For all the thrills, chills, and wonder you've given me and will continue to give me through your works.  I've learned a great deal about writing from you.  And a great deal about life as well.
Posted by Adventuresfantastic at 8:35 PM