A Review of the Warrior Women in Black Gate 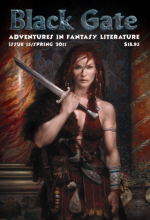